The Nigeria Centre for Disease Control (NCDC) late on Tuesday night reported a spike in the number of new confirmed COVID-19 cases across the country, with the figure rising as high as 195, thus bringing the overall number of cases to 1,532.

The NCDC report shows that Lagos is clearly climbing into a new phase of the infection with 80 new infection. 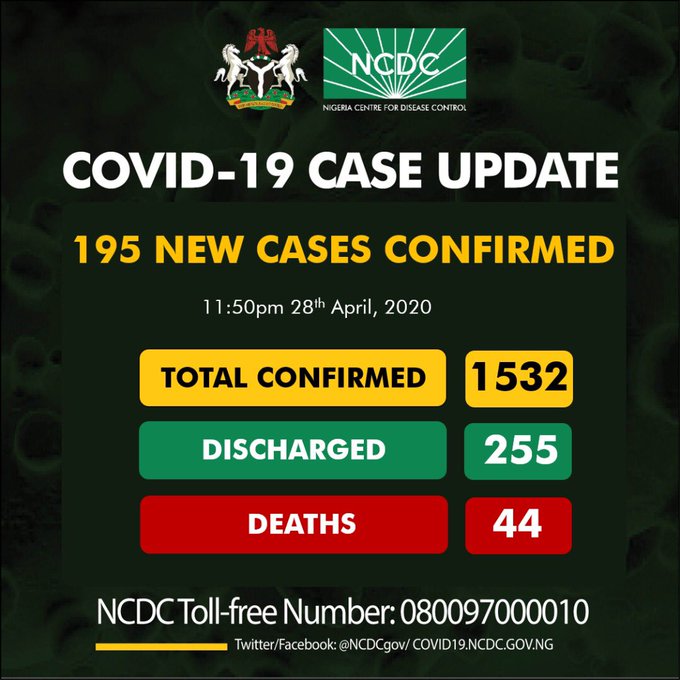 Meanwhile, the NCDC also announced on Tuesday that it had activated two new laboratories in Lagos and Ogun States to the network of its laboratories for COVID-19 testing.

It said the new additions bring the number of laboratories in NCDC molecular laboratory network for COVID-19 testing to 17.

It said: “We are pleased to announce the inclusion of two new laboratories in Lagos and Ogun states, established by @weare54gene in collaboration with the state governments and NCDC.

“This brings the number of laboratories in our molecular lab network to 17 and expands national testing capacity.”